– Guliani on terrorism: “We should get used to dealing with it.”

– Times of India on Taliban honcho Mulla Omar: “The man leading his country in a desperate and high-stakes game of chess against the United States suffers fits and brain seizures and often babbles like a child, according to the doctor who treats Mullah Mohammed Omar, the one-eyed Taliban leader. Omarís mental instability is the real reason he is so reclusive…” 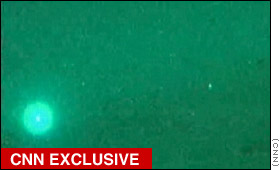 And the winner is… oh, nevermind… Emmys postponed before but now canceled.

I was a newspaperman in

I was a newspaperman in San Francisco at the worst of its looney days: during Jonestown and the assassinations of George Moscone and Harvey Milk. It was irritating being the world’s nutcases. Now, I fear, New York could get cast in that role. Witness this grating story from The Times of London (and no, I’m not complaining about it out of civic hubris; I’m complaining as a reporter who knows damned well how to hype): “Yuppies are assembling survival kits; drivers hoarding petrol; families setting up private codes to signal an evacuation to their country homes. Bicycles, rope ladders, axes and walkie talkies have been selling well….The favoured form of emergency transport for the next attack seems to be boat. A veritable flotilla of small craft fleeing the island of Manhattan can be expected to set sail on the fateful day….New Yorkers are loath to go to New Jersey but the grimy industrial wasteland now seems like an attractive option if worst comes to worst….” Now that’s going too far.

I have always loved the New York Post; I’m a bad-ass tab guy. But after Sept. 11, I find myself agreeing with the Post more often than not. The world has changed.

– Chilling interview with Pakistan’s former chief spy in Al-Ahram: He says America doesn’t “have the heart or the courage to attack Afghanistan. They would want to use the Northern Alliance and create a revolt…. If they set up a puppet regime in Afghanistan, as the British did in the 19th century and the Russians in the 20th century, the regime will start sending signals for help. Americans will get mired in Afghanistan in a very bad situation at the wrong time, among the wrong people and in wrong terrain.” Shades of Vietnam.

– For a clear, cogent explanation of why Uzbekistan would welcome U.S. troops, see Nick Denton’s Blogorama”

Am I the only person who thinks mainstream journalists shy away from ethnic explanations? It’s only now, several weeks into the crisis, that reporters start to identify Afghanistan’s Taliban regime as a primarily Pashtun (Pathan) group; and the opposition Northern Alliance as primarily Tajik or Uzbek. Pretty vital information, I would have thought. It explains why Tajikistan or Uzbekistan may be willing to aid the US, for instance.

But it’s time for the same kind of analysis applied to some of the other countries in the region. For instance, I only found out recently that the Pashtun dominate areas of Pakistan along the border with Afghanistan. This is where the most passionate anti-American demonstrations have taken place. But I have no idea what the dominant Punjabi population think of the Pashtuns, either in Pakistan or Afghanistan. No one seems to be reporting from Lahore, the largest Punjabi city. If the majority population is ethnically distinct from the Taliban radicals, then Pakistan may be a more stable US ally than the television pictures would suggest. Another fact: the Pashtuns are more closely related to Iranians than to Pakistan’s Punjabis, although Pashtuns and Punjabis do share the Sunni variant of Islamic belief. Some reporters may gloss over the ethnic divisions in order to keep the story a simple one of clashing civilizations. Others, I suspect, may be acting out of political correctness. Memo to reporters: please state ethnicity of demonstrators, quantify weight in total population, position of other ethnic groups. And some ethnographic maps.

From a related article, on the ethnic divisions in Pakistan and the Pashtun borderlands, in American Prospect: “Everything west of Peshawar to the border, going north and south, is called the ‘Federally-Administered Tribal Area’. When we were there, we referred to it as the ‘Tribally-Administered Federal Area.”

– Who else thinks that the photo of the laughing hijacker at an ATM released by the FBI yesterday is the very image of Lucifer?

– What do you do with the remains of the devil: the bodies of the hijackers?

From the Times of London:

IN carefully numbered plastic bags in refrigerated trucks parked at the mortuary at Dover Air Force base in Delaware sit human remains that have presented the Bush Adminstration with an ethical problem.

US investigators told The Times that they had certainly recovered, if not yet identified, the bodies of several of the suicide hijackers, prompting a debate over how to dispose of what is left of the most hated men in America.

– Image of the giant flag now hanging from the World Financial Center, via NJ.com’s Skyline Cam (thanks to my son).

Off-topic: Bild.de, the German tabloid, asks: Was Hitler gay? Not that there’s anything wrong with that.

We won’t know when the

We won’t know when the next terrorist attack happens. We will be confused and we will suspect any violent act or accident anywhere. Note that the cowards who perpetrated Sept. 11 did not “take credit” as we oddly call it. Silence is their strategy. It will spook us. So yesterday, we saw a bus crash caused by a man described as Middle Eastern and also described as nuts. We all assumed terrorism. But now they say not. Take yesterday’s apparent hijacking in India (below); now we hear that it was all a practice run against terrorism. Leave me off that airline. This morning, we see news of an outbreak of the ebola virus on the border of Afghanistan; that is one of the germs we now fear in a biological attack. Next: Anthrax in Florida (but’s just one case, not an attack, they say). And then we see an Israel-to-Russia plane exploding. Terrorism was not ruled out by Russia; then Americans reported that it could be an errant training missile; we don’t and won’t know. So the strategy still works: We’re spooked.

Minireview of The West Wing from a former TV critic (once a TV critic, always a TV critic): I predict that this will be the best treatment of the September 11 tragedy that we’ll see on nonfiction TV … for years. It is too soon, way too soon, to know what the hell all this hell means. But this was an intelligent effort, surprisingly good, considering the lack of time. Yes, the show was talky and preachy and sometimes awkward, but I don’t know what other critics expected: a popped-vein president pounding his fist for mere dramatic effect or mass tears and fears? No, the writers tried to bring us a moment of sane reflection on an insane event and that is a noble attempt. And I will bet you a Tivo that it will be far wiser than any exploitive headline-ripping we are sure to see on Law & Order.

Kottke [10/4 entry] catalogues the mess the world is in with attacks of terrorists and diseases:

Jets crashing down around us, Jews killing Palestinians, terrorists killing civilians, Palestinians killing Jews, half of Africa infected with AIDS, millions suffering in Afghanistan, nuclear threats resurfacing, possible biological disasters. I don’t think I ever quite appreciated the unique status my generation has enjoyed in America up until now, never having fought a war or had its freedom or autonomy or lives challenged in any meaningful way, not compared with the rest of the world. I’m starting to appreciate it in a big way now. I want my innocence back, but I don’t think that’s going to happen.

On Scripting News, a brilliant parody of the debunked urban-legend picture of the guy supposedly atop the World Trade Center as a plane approached. The terror Zelig. Under Oct. 4, look for, “Remember the poor schmuck….” More here.

– Britain’s Blair has said he has enough evidence against Bin Laden and the Taliban. Here’s his document.

– More security-cam photos of Atta et al before they boarded their weapon.

Samantha remembers the killer settling into the crushed red velvet chair, staring blankly up at her while she undulated her hips inches from his face.

He didn’t look evil, she said. Not even interesting. Certainly not like a man who would, just three months later, hijack a jet and smash it into the World Trade Center to slaughter thousands of people in a suicidal fireball.

“Some big-man terrorist, huh?” Samantha said this week as she took a breather from the two-dozen lap dances she bestows daily upon the lonely at the Olympic Garden Topless Cabaret. “He spent about $20 for a quick dance and didn’t tip more.”

Nevermind: The Indian hijacking was

– A Cantor Fitzgerald survivor speaks to The Star-Ledger from her hospital bed.