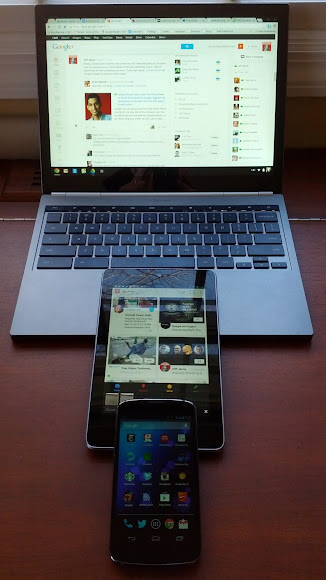 I was about to sit down and write an aria of praise to living the Google life, now that I have transitioned fully from my iPhone, iPad, and Mac and functioned fully for a few months with Android, Chrome, and services from Gmail to Google Calendar to Google Now to Google Reader on my Nexus 4, Nexus 7, Chromebook and now Chromebook Pixel.

But this turns into a cautionary tale as well with the news last night that Google is killing Reader. Godogle giveth, Godogle taketh away. This is the problem of handing over one’s digital life to one company, which can fail or unilaterally kill a service users depend on. Google has the right to kill a shrinking service. But it also has a responsibility to those who depended on it and in this case to the principle of RSS and how it has opened up the web and media. I agree with Tim O’Reilly that at the minimum, Google should open-source Reader.

The killing of Reader sends an unfortunate signal about whether we can count on Google to continue other services we come to need. Note well that what drove me to Google hardware was Google’s services — and now I depend on them even more. I have relied on Gmail and especially its Priority Inbox for ages. Once I finally shifted to Google Calendar et al, I found them awkward on the iPhone and so I moved to Android to try it out; there, I stayed. When the $249 Samsung Chromebook came out, I realized that I was doing most of my work only on the web, and so I decided to try to move entirely to Google Drive and Chrome. I found both transitions surprisingly easy, including working in Drive and Gmail offline. With one small and one large exception, I haven’t touched a Microsoft application for months.

The large exception is Skype, which Microsoft happens to own now. There is no Chrome app for it. I still need Skype to be on This Week in Google. So when I last went to Europe, I had to lug both my Chromebook and my Macbook with me.

But that problem was solved last night. Thanks to a helpful Google+ user, Michael Westbay, and through Kevin Tofel and Liliputing I managed to install Ubuntu Linux on the Google Chromebook so with one button I can switch from one to the other. Insert Tarzan yell here. Skype never looked better on TWiG. See for yourself:

Now to the details. Let’s start with the Chromebook Pixel. I have a review unit from Google. I so fell in love with it that after 24 hours I ordered my own — the high-end with LTE built in, for there’s nothing better than being away from wifi and suddenly finding oneself connected to the world. The screen is magnificent, which is soothing wonder to my old and hobbled eyes. The keyboard is pure butter; I only wish I could write as smoothly as I can type now. It’s fast. The machine is solid — physically and in its operation. The battery life could be better but I’m finding it does last the full five hours.

I had been managing fine on the Samsung Chromebook. But it was tinny. The screen wasn’t gorgeous. There was too little memory, which caused web pages to refresh too often. Still, for $249, I had little basis for complaint. This is a wonderful machine for students and travelers; I’d recommend it. I took it on trips as my only machine and did fine. As long as I remembered to open and refresh Drive and offline Gmail app while I was still connected, before getting on the plane, I could work when offline. The experience certainly showed me how I could live in the browser. But I wanted a slightly better machine. Then came the Pixel; it is a vastly better machine. For me, the Samsung was the gateway drug to the Pixel.

Both machines give me more Drive storage than I could possibly use. Except for one hiccup this week, Drive works well. The only other time I’ve had to use a Microsoft product was when I had to format a work document in Word. I am not sure about writing something book-length in Drive; it’s not easy to move around a large manuscript. But those things aside, it works for most anything I need to do, even presentations.

The Pixel also runs Netflix beautifully. I need to play with more Chrome apps to edit photos and video. But I tell you truthfully that I’m now not even taking my office Mac out of the drawer. I’m living in Chrome.

I’m similarly satisfied with Android, though I wish the two would integrate more and now that both are under the same leader, I hope that will happen. That Google Now will reportedly be available in both Android and Chrome is the first substantial bridge between the two. Gmail, Calendar, Maps, Voice, Google+, and Currents all operate wonderfully on my Nexus 4 and Nexus 7.

I kept playing with the idea of trying a Note II to replace both Nexus devices. I bought an unlocked AT&T model on eBay but still haven’t actually used it, as I will probably resell it. I like the size of the Nexus 4 for everyday use. I also like reading the paper and watching Breaking Bad on the Nexus 7 when I’m riding trains and airplanes.

Getting a new machine is pretty wonderful. When I turn on a new Chromebook and sign in, all my apps, bookmarks, and preferences are loaded in a minute or two. When I switch phones, I can transfer any app (though I wish I could just replicate my last phone). I am living in an ecosystem that makes sense.

So with the not inconsiderable caveat above, I’m living in Googland and happy there. Yes, at $1,500 the Pixel is expensive, but keep in mind — justification coming — that I don’t need to buy software for it. My Nexus 7 is cheaper than an iPad. My Nexus is only $300 and it’s unlocked. So I figure I also save money. I have fewer computer hassles. I can get to my data from anywhere. Come on in. The water’s fine.

Meanwhile, I bid a fond farewell to my iLife. Like an ex-girlfriend, I loved these machines in their time. I still admire them. But I don’t miss them. 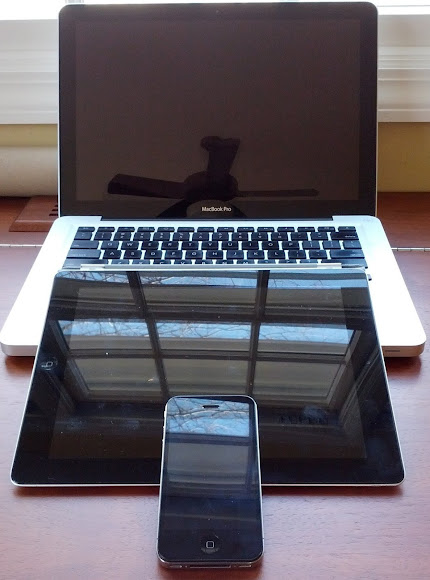